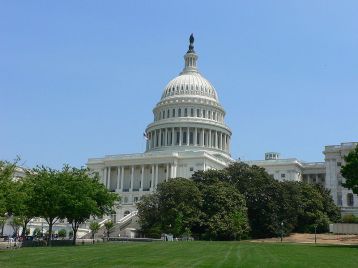 The questions posed by the Democratic minority members Mr. Sablan and Mrs. Bordallo revealed how irrelevant the ecosystem management section of the Bill is to military readiness and  how it impedes southern sea otter conservation and recovery efforts.

When questioned, the Navy supports range expansion if their concerns are addressed, and added that the ecosystem management section has no bearing on military readiness and has worked cooperatively with USFWS and USGS on sea otter conservation and monitoring efforts.

When USFWS was questioned about the necessary steps that they would need to take to satisfy section (g), ecosystem management, Ms. Pitts replied, “As you may know, we have developed a new recovery plan. We would have to spend resources and time to develop an additional plan to deal with the requirements of the Bill. This issue we would have in particular would be implementing the translocation and management provisions of the legislation as we have determined that they would jeopardize the continued existence of the species and we would have to work out how we would manage that.”

This is the exactly what the fisherman want! They want to waste more of your taxpayer dollars and more time to line their pockets with sushi profits by rebooting the program, keeping the “No-Otter” management zone in place and having otters removed from the zone again.

When Mr. Steele was asked where in his testimony he addressed military readiness and where military readiness is addressed in relation to ecosystem management, he replied “It wasn’t in my testimony. I understand the military is perfectly capable of taking care of itself and I’m afraid that I am the sole person that’s here to take care of shellfish resources.”

He was there to represent special interests that have nothing to do with the intent of the Bill but only to promote protections for the small sea urchin industry.

When Dr. Jessup was asked if he had any biological evidence to predict if an when sea otters would migrate to San Clemente and Camp Pendleton or other areas south, he stated “I don’t have any direct evidence. However, if you look at the rate at which they have expanded in the last 15 years, they have gone from the area around Point Conception [Santa Barbara] seasonally south…a distance of about 20 – 35 miles, that’s 15 years. It’s a long way to San Clemente Island and Camp Pendleton.”

The fishermen are making it seem as if otters are going to swimming in to southern California en mass and their industry will die out overnight. This is not the case as Dr. Jessup pointed out. It will possibly be decades before otters have a significant impact on shellfish fisheries in Southern California.

When the translocation program is hopefully ended and the zone is removed, I doubt sea otters will be throwing themselves a party or even notice that the “invisible line in the water” is now gone. They will continue to float on their backs, grooming themselves, and dive for their next meal in usual otter fashion.